Japanese music has been in my iPod (yes, I’m one of the few people who still use it) for about ten years; and for as many years I’ve been listening to the world’s most famous J-rocker, Miyavi. Unfortunately I had never had the opportunity to see him perform live all these years, until today, Friday, March 30th. The concert started at 8 pm on a rather lukewarm evening in Seoul, a sign that spring is finally reaching the windy Korean capital. The MUV Hall, venue of the concert, was filled quickly, boys and girls, Koreans and not, as the undersigned, were standing in front of an empty stage, waiting for his appearance. The wait seemed not to end anymore, the time stuck right in the moments before seeing him appearing before all of us. Only recent pop music kept us company. At 20 I started to realize that in few seconds the concert would start and then PUFF lights off, the darkness filled everything. There were some shadows on the stage, shadows that triggered screams from the audience every time: “Miyavi”, “Miyavi”, the only name that was heard. Last to arrive him, Miyavi and it was then light. An explosion of music, guitar, lights and shouts, hands moving on the rhythm of music. “Flashback” started the concert, followed by other recent songs like “Dancing With My Fingers” or older, also represented by my favorite one of the evening, “Horizon”. His mastery with the guitar, his famous technique of slap guitar, the way he plays this instrument have conquered the audience since the first note. Everyone hung on his lips, no one excluded. And Miyavi knows how to entertain the crowd, moving on the stage from right to left, also lingering at the center, the microphones obviously placed in these positions to give everyone the opportunity to ‘see’ him better. Pure energy that passed from his body through his guitar and reached anyone in the MUV Hall. Miyavi, however, was not alone, to accompany him on the stage there were the friend and drummer Bobo, who with his drumming flanked the electric guitar of the singer, Seann Bowe and Cassandra Violet who with their voices supported him. Last, but not least, Dj Jonny who with the addition of his electronic music completed the songs performed.

For those who do not know, Miyavi is half Japanese and half Korean, and this Korean performance was the first overseas gig of his [DAY2] World Tour 2018. The singer also showed off his Korean skills, which, however, as admitted by same Miyavi, he does not speak. During the breaks between the various songs he interacted with the fans asking if they were good, if they were hungry or even if they were tired, provoking shouts and laughter. Not only that, Miyavi, who is an ambassador for UNHCR (acronym for the UN High Commissioner for Refugees), also spoke about a topic very close to his heart, the refugee crisis and how, through music, we are able to convey a message of peace and unity among people, we all speak the same language when it comes to music. Among the songs that were performed there was, in fact, also “Long Nights”, which sees, in the original version, a featuring with the Afghan rapper Sonita. A song dedicated to all the people who are experiencing a difficult time, who are in trouble, those who have lost their ‘home’. We’ll talk about it in the next article about the interview we did with Miyavi, where he will explain in more details his role as ambassador for UNHCR and what he experienced during his visits to refugee camps.
Miyavi always likes to surprise during his performances and also this time to amaze the audience playing the classical guitar and not his inseparable electric guitar.
The concert ended with the typical photo with the public, all crushed against each other to be able to appear in the picture, everyone still excited for the event just ended. We collected some fan declarations and everyone agreed that Miyavi and the concert were incredible. Here are some of them:

This is the fourth concert of Miyavi we attend here in Korea, he always gets better so we want to come back always because he has such an amazing energy! – Natalia, from Brazil

This is my first concert, so it’s my first time seeing him live. He was the best, he was really handsome. During the concert, the song “The Others” was the best song for me! I want to see him again in the future. – fan from Korea

I have been a fan since around about 2004. I am originally from the UK, I started listening to him but it is not so common to listen to Japanese rock. Quite different and unique. But I really like the message that he is sending, the charisma that he has, the confidence he has. So yes, I have been a fan since then and this is actually my first concert. It was amazing! It’s been such a long time and it’s just been amazing to have this moment. Especially now with the work he has been doing with the UN, that is similar to the direction I’m heading to so I really respect him and I think he is an amazing artist. –Cassandra, from UK

It is my first concert. I really enjoyed it, I did like how he put all his soul in everything he’s done and everything he is doing. It is not about only the music, he does push himself in various productive ways and also talking about refugees and being the ambassador for UN. This is really great for him not only on the stage as a musician but also as a person, as a human being and as a person that can influence how people think. I do admire him, his music, it is just maybe one part of him that makes everyone like him so I did enjoy the concert a lot. –Valeria, from Moldova

He plays the guitar very well, at every concert the atmosphere is so good that is why I like him! I went to his concerts in Japan as well! –fan from Korea

I’m from Miyavi’s fansite since 2004, I attended his concerts twice in Brazil, the first time was in 2008 and since I have been in Korea for three years now this is the fourth time I attend his concert here. He always gets better, how he evolves his music, his style and he works with different people, djs, singers. He is so innovating and he is super charismatic and an awesome person. I admire him a lot as a person and as a musician. The concert for me is always the best! – Luis, from Brazil 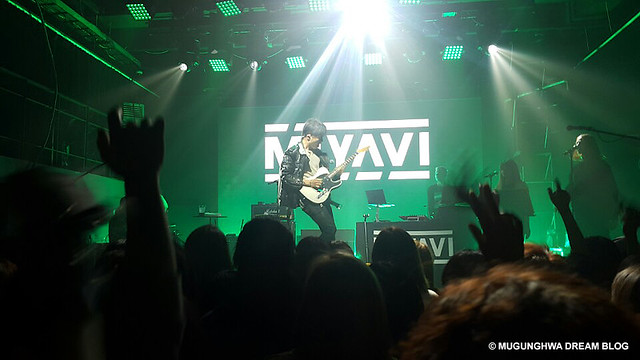 Miyavi. His presence. The look in his eyes. The sincerity in his words. The pleasure is his smile. The amazing vibe of his music. Combined, this is what makes a terrible addictive mix. I translate this to passion. His passion was what animated the crowd. The concert started at the scheduled time and it began with bright lights, strong music and a mischievous smile from the one and only Miyavi. He knew that what he prepared would leave the fans craving for more. At least that is how I felt after the concert. Even though it was my first Miyavi concert, I have attended various types of concerts over the years, but I can say with no doubt that this was one of the most interesting and pleasing one. Miyavi did not come on stage just to sing, he came to make a connection with his fans. And he did it splendidly. He sang, he talked, he laughed. Between songs he stopped to talk to the audience, to ask how they were doing, if they had dinner and if they were enjoying the show. More than that, he mentioned some issues that are a bit more delicate, for example the refugee issues. His words are true, together we are one and together we can overcome anything. To continue the concert on a bit of a lighter note, he talked about his Korean language abilities. Even though he is half Japanese and half Korean, he humorously admitted that his Korean is very limited. He also took great care of the other artists joining him on the stage. A very touching moment for me, but I am pretty sure that the other fans feel the same way, was when Miyavi used an acoustic guitar for one of the songs, instead of his electric one. On the whole, I have witnessed and incredible concert. At the end I was drunk with passion and I didn’t want to admit that is was over. Thank you so much for this opportunity! And definitely I would love to do it again! <3

Amazing, that`s the only way I can describe the concert. I didn`t know much about Miyavi before knowing of his concert in Korea. I checked some of his videos to sing along at the concert, and I really enjoyed them. The D-day arrived, I didn`t realize much what was going on, until the room got dim and the scene bright and there he is, appearing in front of us, the moment he touched his guitar I lost awareness of what was going around me. I was only focusing on him, the way he was moving along with his guitar, the feeling coming out of his songs, I couldn’t help it but I just fell in love with every single moment there. I was glad that I checked his music before coming, and he played two songs I like which made me so happy. I also enjoyed his speech, he was trying to use some Korean words, it was so funny.  He also mentioned that he was an ambassador and that he is trying through his music to share awareness around the world which made me appreciate him more. To sum up, no word could describe how stunning the concert was. I was impressed by the performance though it is not my first ‘rock’ concert, but I am sure I will keep every moment of it in my mind forever. Thank you so much for the chance, and I will do my best again next time!!

Thank again the organizers of the event, BFK Entertainment (which also took care of other concerts by Japanese artists in Korea), for this opportunity they gave us! 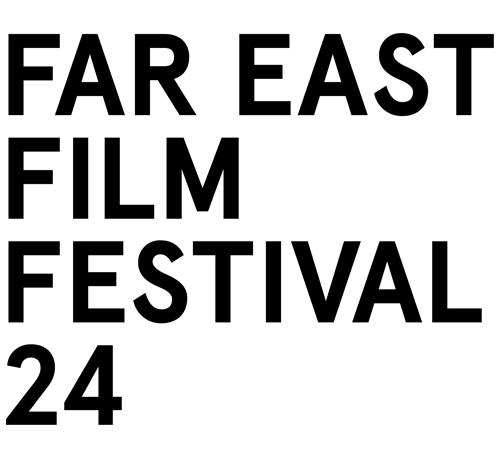